We are thrilled to announce the 100th commercial delivery of one of our RAP e2 containers, unit number 162. Since its maiden journey from Amsterdam to New York in 2013, it has traveled around the world 25 times while protecting nearly 3 million vials of medicine.

As one of the most advanced temperature-controlled air freight containers, the RAP e2 #162 landed in Atlanta in May 2021 after having boarded 29 different airlines and visiting 31 countries. During this 8-year journey the RAP e2 #162 has been supporting 44 different pharmaceutical companies whilst being handled by 26 freight forwarding partners – and still it made 100 successful deliveries with zero temperature deviation.

For a unit to last that long, solid sustainable construction is required. RAP e2 was built in 2013 and is an active recyclable 5 EU pallet size with electric heating and cooling technology that is sought after given the current capacity restraints in the air freight during the pandemic. Since its inception, the RAP e2 container has proven its robustness, having performed many thousands of real-life pharmaceutical shipments with 0,0% product loss.

An Economic and Environmentally Sustainable Unit

We are thrilled that this particular RAP e2 has been reused and reused, and our other RAP e2 units are not far behind, this is just one of our many thousands of reusable active containers. Using the space efficient and CO2 effective RAP e2 instead of passive solutions for these shipments has saved the world over 10,000 tons CO2 emission. The reduction in emissions is equivalent of driving a car 1,020 times around the world.

One hundred trips with this one particular unit are a substantial journey, but our RAP e2 container #162 is far from retirement and we look forward to the next 100 trips bringing medicines to the people around the world who depend upon them. 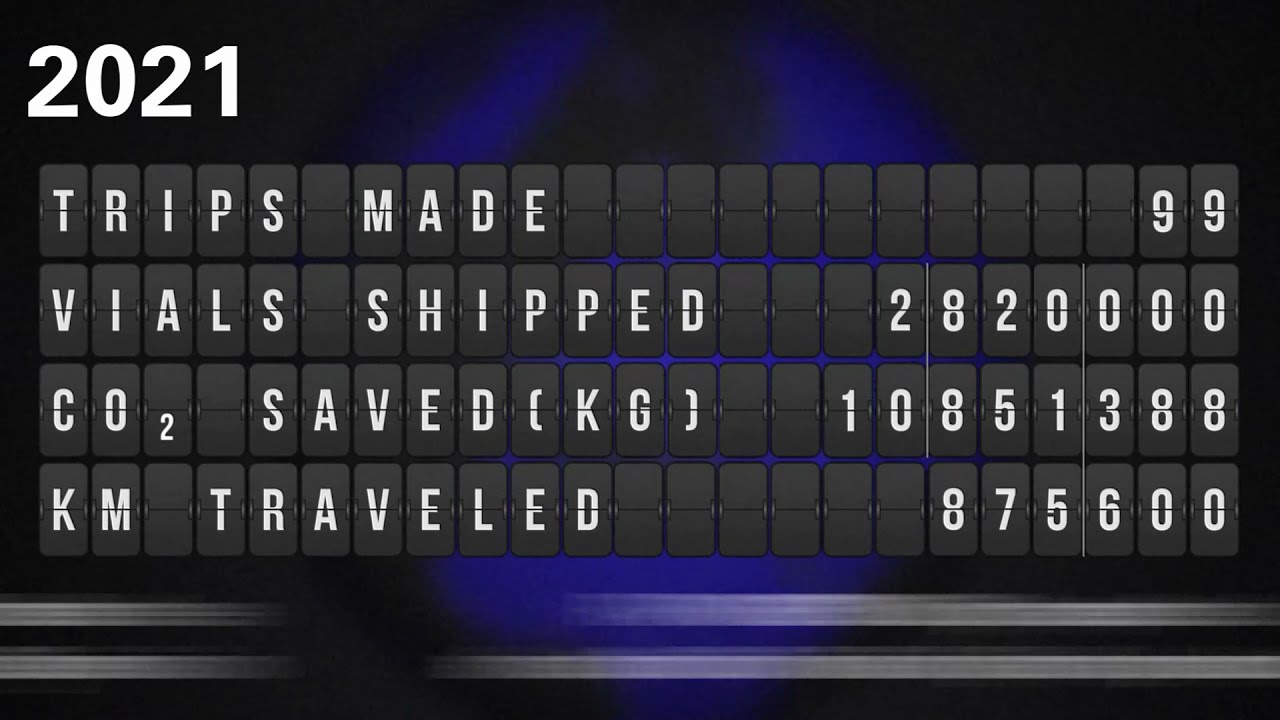 As one of the most advanced temperature-controlled air cargo containers, the RAP e2 is designed for the extreme requirements of the pharmaceutical industry. Since its inception, the RAP e2 container has proven its robustness, having performed many thousands of real life pharmaceutical shipments.

We offer unbeatable logistics coverage from across the world. We have 50+ service stations globally, covering more than 300 airports, over 2,000 trade lanes, and have regional operations centers in APAC, EMEA, and Americas.