For two consecutive years, while shipping over 1.2 billion doses of temperature sensitive pharmaceuticals on some of the world’s most difficult trade lanes, Envirotainer has delivered 0% product losses.

This statistic is undoubtedly the result of a team effort involving every part of Envirotainer, from the engineers who designed the containers to the service teams on all of Envirotainer’s more than 50 global service stations.

The term “container” is really a contradiction when it comes to temperature-controlled shipping of highly sensitive pharmaceuticals. Inside the six walls that make up the container, several complex systems with multiple redundancies work together to ensure that the temperature never ventures outside the predetermined window, regardless of whether the outside temperature is freezing cold or boiling hot.

As rugged and durable as these technological marvels are, international air freight is tough on all equipment. Eventually, even the best designed components break down and need to be replaced. It just cannot happen during transport.

This was the challenge put to the Cold Chain Solutions and Analytics-department in 2016: how do you prevent the inevitability of failure?
“Ever since we introduced the RKN e1 in 2005 and the RAP e2 in 2010 our containers have had dozens of sensors that monitor the status of the systems, the inside and outside temperature, the status of various components such as the battery and the compressors. Whenever a sensor detects that something has gone wrong an alarm is triggered and the container is taken off-line for service before being put back into rotation again,” explains Tomas Lundström, Head of Cold Chain Solutions and Analytics at Envirotainer.

This was enough to ensure that we kept temperature deviations and client complaints to a minimum, but it wasn’t enough to achieve 0%. The nature of alarms is that they only go off after something has already failed. They can’t predict when something is about to fail. And unfortunately, the system doesn’t eliminate the human factor as it relies on someone noticing the alarm.

We needed a better approach.

The RKN e1 and RAP e2 were designed in the early 2000s so the first order of business was to design a process to download sensor logs quickly and easily using modern technologies. Today, service technicians at all of Envirotainer’s global service stations routinely download the sensor data of every container that comes in, regardless of whether an alarm has gone off or not. The logs are analyzed automatically, and any alarm is flagged. From that point on the process is the same as it used to be.

But this new process also had the advantage that Envirotainer suddenly had a wealth of data to work with. The system logs 67 sensor readings, every ten minutes of operation, for each of the over 4,000 e-tech containers that are in active operation. The database now has data for over 2,500 years of container operation, and the database keeps growing every day. This has allowed the team to establish baselines for what is normal behavior for every aspect of the systems in the containers, and when the sensor readings stray outside those parameters a container is flagged, even if the container is still functional and no alarms have been triggered.

“When we started to analyze this data, we realized that certain types of alarms were preceded by deviations from sensor data base lines. Or in other words – we found a way to predict failure before it happened with a high degree of certainty,” says Tomas Lundström.

Today, Envirotainer doesn’t wait until something has already gone wrong before fixing it. Every time a container comes into a service station, its logs are automatically uploaded and analyzed and if a parameter has ventured too far away from the baseline a thorough manual inspection is conducted. And the results over the past two years speak for themselves – no product losses.

But Tomas Lundström thinks the future is even more promising:
“We’ve only scratched the surface of what’s possible. With the new Releye® family we have access to GPS-data as well. I can’t wait to see how we can use that data to optimize our operations even further.” 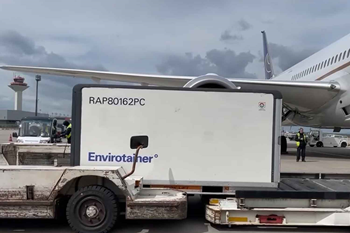 100 Trips Around the World and Zero Temperature Deviations

We are thrilled to announce the 100th commercial delivery of one of our RAP e2 containers, unit number 162. Since its maiden journey from Amsterdam to New York in 2013, it has traveled around the world 25 times while protecting nearly 3 million vials of medicine. 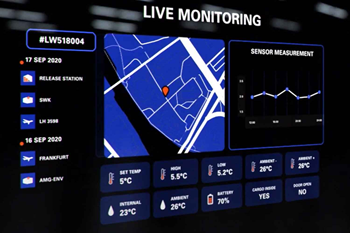 Non-stop control of your ultra-sensitive pharmaceuticals. Live Monitoring is a new track and trace service offered by Envirotainer that provides real-time data of your shipment. The system introduces a new level of visibility for temperature-controlled airfreight of valuable pharmaceuticals. 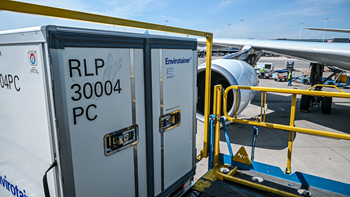 After thousands of hours of hard work, Envirotainer is proud to launch the new 3-pallet size container, the Releye® RLP, the first true innovation since active containers. Envirotainer asked hundreds of experts in the air freight industry about the challenges they need to solve. Inspired by their responses and our own 35 years of industry expertise, we developed the Releye® RLP. It tackles every challenge in the industry today and complements Envirotainer’s RKN and RAP containers to maximize cost efficiency and load optimization for customers.

Whether you would like to know more about our services or to book an Envirotainer unit, there are many ways to get in touch with us. Contact one of our colleagues for a free consultation and see how we can help you balance quality versus cost. 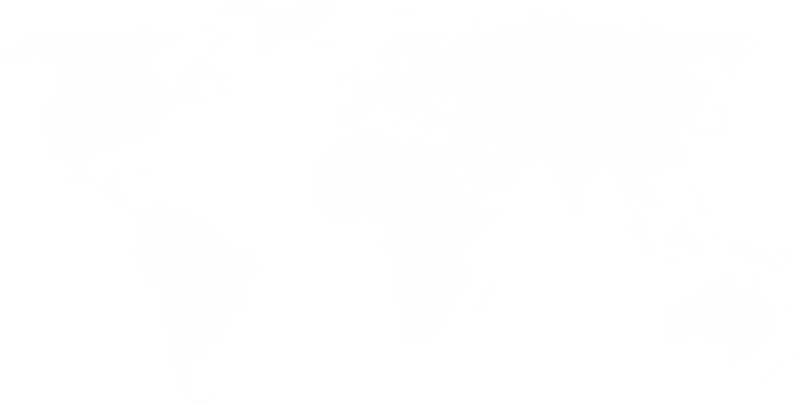